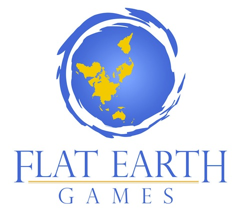 Flat Earth Games is a small studio and part of a larger indie, Epiphany Games, and is located near the harbour in Sydney, Australia. It was founded and is run by two brothers, Rohan and Leigh Harris, with a roster of old-school, 90s-inspired games.

We began life as a developer in early 2012 when we discovered that, while designing our first game, TownCraft, with Epiphany Games’ help, we’d actually need to form a company if we wanted to have control over our own destiny on the App Store. So form one we did, coming perilously close to naming ourselves 'Full Screen games', if for no other reason than so we could use the tagline 'Full Screen ahead since 2012!'. Thankfully, we came up with Flat Earth, a title which harks back to our love of 2D world-creating games from the early 90s, and also the name of a bunch of folks with a rather tenuous grasp of reality whom we found amusing.

Our second game, Metrocide, was created during 2014 and released on 15th December that year, and was the first title we produced entirely under our own steam. We are currently working on an as yet unannounced turn-based strategy game, as well as updating TownCraft and Metrocide.

Rohan has written and directed two indie feature films along with a dozen or so shorts & serials, and was a contributing writer for Telstra BigPond GameArena, and Player Attack. He paid the rent for years by writing helpdesk and banking-related software, and somehow survived without dying of boredom.

Leigh spent 9 years working in PR for Rockstar Games before leaving to become a games writer. He's written for a number of publications including HYPER, PC Powerplay, Kotaku and The Guardian. He was also the founding editor of the Australian / New Zealand editions of MCV and Develop Magazine.

On Flat Earth's titles, Rohan works as the lead programmer while Leigh is the lead designer. The concepts and producer roles are generally handled by both.